There is a prayer that will not only disable principalities, but bring God’s manifested glory. Though we should continue to plead the blood of Jesus over our homes and families, it is the Fear of the Lord that will ultimately break the demonic power of witchcraft in the land. In this dream from 2016, the Lord gave instructions as to how this works.  This has to do with taking the land and disempowering the principalities that are specifically going after this next generation.

I was with other families on a large field. We were watching a woman giving instructions to our children who were gathered on one side of a plot of ground that we had prepared. She was telling the children that they were going to receive cuts, bruises, and wounds to their skin. She said it as if it was normal and simply part of the routine.

I could tell some of the other adults that were gathered with me were not comfortable with this and began to murmur and complain. I, myself, felt a righteous anger rising up within me and knew something had to be done to shut down this demonic initiative. I could hear people beginning to speak their prayers out loud, taking authority over this woman. As the prayers began to rise up, I heard myself specifically speak the Fear of the Lord upon this woman and, to my shock, she immediately collapsed to the ground, unconscious. I knew it was this prayer that had disabled her.

Then I looked at the children who had been gathered opposite this woman and, they too were lying on the ground. But, instead of coming under holy judgment like the woman, they were receiving an impartation from heaven. You could tell by the look on their faces that they were encountering the power of God’s glory and Presence. I laughed as I saw this and remarked to the others as to the power of this simple prayer that not only brought judgment to the enemy, but promise to His children.

Revisiting this dream now 5 years later with much more information on the horrific global realities at work, it has much greater significance. This is not just a symbolic picture of a Jezebel principality, but the specific reference to the ongoing Satanic Ritual Abuse against our children that has been taking place all around the globe – for decades. The outright brainwashing of an entire generation has taken place and the spiritual fathers and mothers have not been prepared for this assault.

Thankfully, the Holy Spirit has given us a weapon. It is not just the righteous prayers of the faithful; it is the manifested FEAR OF THE LORD that will totally disable and disempower these demonic entities. But, not only must we prophesy this fear of the Lord – we must operate in it ourselves. Principalities and powers recognize the difference between prayers that are words versus those that are lived. The true Fear of the Lord is born of radical obedience when one encounters His holiness, His righteousness, and His glory.  It becomes a life-force and when one prays from this posture, the enemy cannot stand and cannot take any more ground (Joshua 4:24 ESV).

Notice the two responses to the fear of the Lord. For those who oppose Him, the Fear of the Lord will bring judgment, but for those who obey the Lord, it will produce an encounter of His glory. This same prayer produces both. I also believe this dream indicates the supernatural healing that will come to those who have been traumatized by these works of darkness. But, this isn’t the end of the lesson. The dream continued as it revealed the goal of this demonstration of Kingdom authority:

It was then that I saw we had been erecting a tent on the grounds. Stakes had been placed around a perimeter and we had been preparing this place for habitation. It was like the old revival tents and we were working together to secure the stakes as well as enlarge our borders. We could even see where previous stakes had been placed and, in some cases, a rock foundation had also been placed at one time and we needed to position our stakes accordingly for the strongest hold.

Not only was this perimeter being enlarged, but there were walls being erected. I saw men lifting heavy walls and positioning them. As they passed by me I saw they needed help so I lifted the corner to carry some of the weight. I realized that many people were engaged in this process of securing the grounds and everyone was doing their part. It was strategic, coordinated, and was soon becoming a fortress with great strength.

This is a beautiful picture of the emerging body of Christ, working together to rebuild our foundations as a nation and as the Ecclesia. Families and communities will come together as never before to reestablish health, life, and vitality to our cities and citizens. Not only will we rediscover lost truths from our past, we will enlarge our influence and impact our culture as REVIVAL and transformation cover the land.

“Enlarge the place of your tent, stretch your tent curtains wide, do not hold back; lengthen your cords, strengthen your stakes. For you will spread out to the right and to the left; your descendants will dispossess nations and settle in their desolate cities.”  (Isaiah 54:2-3 NIV)

Once we have rid this land of demonic agendas and taken authority in our nation, we can then prepare a habitation for the Lord’s presence as a powerful sweeping of the Spirit brings in the global harvest. As a fivefold minister in the dream, I was fulfilling my role in assisting the workers in establishing the foundations and encouraging the body (see Ephesians 4:11-14). This shows the need for fivefold ministry to be taught and released within local congregations to enable and empower the Church in the days ahead.

As the details begin to emerge in the coming months about this horrific crime against humanity, I pray that believers will embrace this challenge without hesitation. I pray that we quickly stand in the gap, operate in our authority, and bring healing to our land and to this rising generation of dread champions.

If you missed it – watch this video where I share about this dream and the ramifications in the days ahead:

(DVD) Getting Free From Religious, Jezebel and Leviathan Spirits

Many unsuspecting believers are praying with great passion and fervor but seeing limited results when engaging in spiritual warfare. Through my own healing and deliverance, I discovered that I… 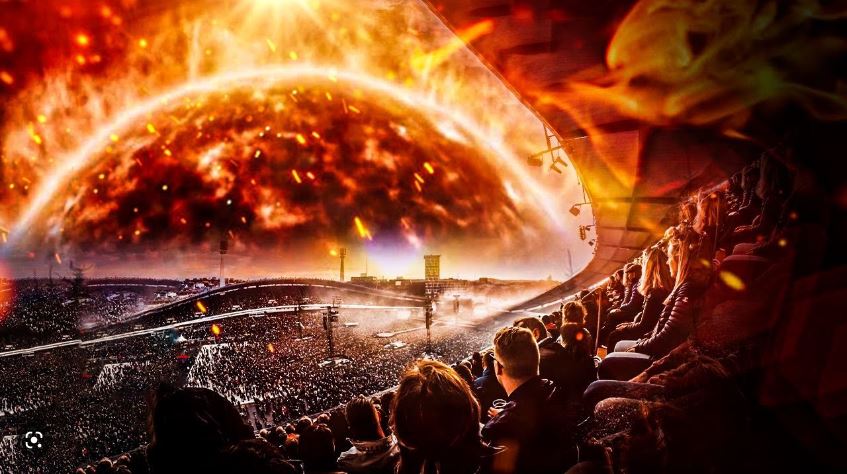