I had a troubling dream on February 10 that I knew was a warning for agents in the field who are fighting to defend our freedoms. Though I don’t know the context or timing, given the war in Ukraine and battles on numerous fronts, I do believe it’s a call to pray for those on the front lines:

I saw the final moments of a mission that seemed to be successful. I saw several agents come out of a tall office building as if they were just finishing their assignment. They seemed confident that the enemy had been taken out and they were simply getting ready to leave. But, immediately I could sense danger. I knew the enemy was still close by and had waited until this moment to finish his job. I saw the first agent look under the hood of his car to check something and I knew he should be more alert to possible danger. But he wasn’t, and when he went to check something, a gas was released that caught him off guard. Then I saw the enemy come out of nowhere and take this agent out with one shot.

Then I saw the agent’s partner walking behind the car seeing what just took place. I was hoping he could still take the enemy out because his gun was drawn and there was a clear shot underneath the car to get the enemy’s legs. Instead, the agent tried to get closer by coming around the side of the car. The enemy seemed to be prepared for this and met the agent’s gun, muzzle to muzzle and took him out. I was shocked at how quickly these agents were taken out, simply because they had let their guard down and not been quick enough to respond.

But they weren’t the only ones not paying attention. I saw their bosses sitting up in a parking deck overlooking this scene, but their backs were turned as they were busy on their phones. They didn’t even see what had just transpired. As if it wasn’t bad enough, I then saw that the enemy was actually in a wheelchair! Everything he had done had been previously planned and strategically and mechanically designed for this kind of scenario. He rolled up his tools and rode his wheelchair across the parking lot, paid his ticket to the parking attendant, and then wheeled off onto a side street.

Regardless of any seeming victories in hand, those who are defending freedom must stay on the alert and not presume that any “handicapped” enemy still doesn’t have some moves to play. The message is clear: BE ON GUARD UNTIL THE END. The only reason the agents were taken out was because they weren’t paying attention and not quick enough to respond in time. We need to be in prayer for our commanders and military assets who are fighting on the front lines for our freedom.

Interestingly, Chuck Pierce’s son recently shared a dream which indicated something similar (clip from Facebook: https://fb.watch/bpYnb40VVi/). His dream pointed specifically to a trap being set in the war between Ukraine and Russia. Someone thought to be an ally will turn out to be an enemy. Whether or not my dream is pointing to the same scenario remains to be seen. Regardless, there are rogue agents embedded in these battles and ambushes being laid. We must stay alert in the spirit and discern carefully as we finish the Kingdom assignments before us.

Here are some scriptures to pray for those making critical decisions in this war and for those who have willingly put themselves in harm’s way to defend our freedoms:

Psalm 33:10 – The LORD brings the counsel of the nations to nothing; He frustrates the plans of the peoples.

Psalm 9:15-16 – The nations have sunk in the pit that they made; in the net that they hid, their own foot has been caught. The LORD has made Himself known; He has executed judgment; the wicked are snared in the work of their own hands.

Job 5:12 – He frustrates the devices of the crafty, so that their hands achieve no success. He catches the wise in their own craftiness, and the schemes of the wily are brought to a quick end. They meet with darkness in the daytime and grope at noonday as in the night. But He saves the needy from the sword of their mouth and from the hand of the mighty.

Isaiah 19:2 – And I will stir up Egyptians against Egyptians, and they will fight, each against another and each against his neighbor, city against city, kingdom against kingdom; and the spirit of the Egyptians within them will be emptied out, and I will confound their counsel; and they will inquire of the idols and the sorcerers, and the mediums and the necromancers; and I will give over the Egyptians into the hand of a hard master, and a fierce king will rule over them, declares the Lord God of hosts.

2 Samuel 17:14 – For the Lord had ordained to defeat the good counsel of Ahithophel, so that the Lord might bring harm upon Absalom. 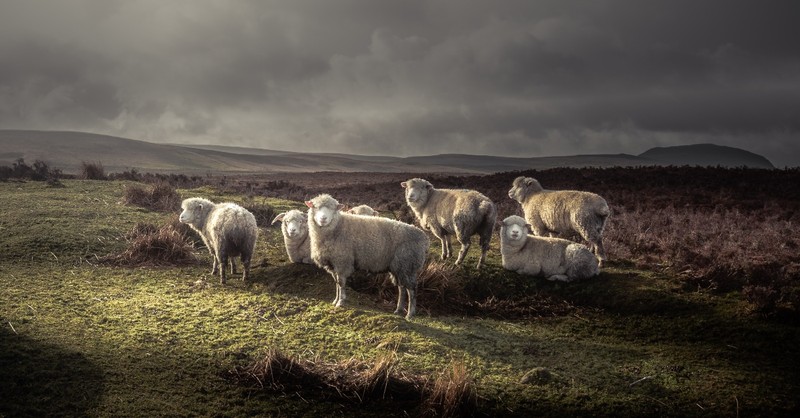 WHERE ARE MY SHEPHERDS!?

*I release this word in the fear of the Lord. Though it is a weighty and stern reproof from the Lord, it is a necessary call to the Church. We are in the valley of decision

PROPHETIC UPDATES, TRANSHUMANISM, AND THE SUPERNATURAL TO COME

In recent days, the Lord has been saying to go back and revisit some previous words that were put on “delay.” Rather than always looking for a new word, He is urging us to go back